We're Getting Mutants in the MCU - The Loop

The second Vampire Boss of the East Wing, Moraie guards your friend Greg on a series of platforms near the Garrison Roof. The area where you fight Moraie consists of a lower platform with four chests on it, and a wooden staircase leading up to a small circular platform where Greg is tied up. Moraie will appear and attack you as soon as you step onto this small platform.

Moraie walks EXTREMELY slowly, so it's pretty easy to avoid her biting and slashing attacks. However, if you get too far away from her, Moraie can lift her arms forward and start floating like a ghost towards you. When she's floating, Moraie moves really quickly, but cannot attack. Just sprint away from her as soon as she lands, and you should avoid getting hit. On the whole, this fight is even easier than the one with Desmodaui.

A single splash of holy water from the Chalice will end this fight. As with Desmodaui earlier, if you don't have the Chalice, 3 stakes to the heart or 20 blasts from the Crucifix will do the job.

Moraie herself isn't all that dangerous, but in the fight she'll be assisted by a swarm of vampire bats, a couple of Shadow Vampires, and a Gypsy Musketeer sniper on the roof, all of whom will appear behind you as soon as the cutscene introducing her ends. As soon as this happens, you should turn

around, run down the steps, and blast the two Shadow Vampires coming up the steps with your crucifix. Then, remain on the lower platform with all the chests, and let Moraie come down the steps to you. This area gives you more room to fight her, and keeps you out of the line of sight of the sniper. Additionally, the vampire bats stick to circling the raised platform, so staying on the lower platform keeps them out of the fight too.

After you defeat Moraie, you are to free your friend Greg and escort him to the Sanctuary. Near Greg, there is a chest that contains the Heavenly Scroll, which will unlock the sealed off entrance to the Crypt. Next, you need to find Moraie's coffin and stake her, so you won't have to fight her all over again. It is l

ocated in the Crypt, to which you enter by moving a huge boulder with some glowing red markings on it, that is found at the bottom of the Garrison 2 staircase. To move the boulder, you will need the Heavenly Scroll that you found earlier in the chest on the Garrison roof, near Greg. As you enter the chamber, Moraie's coffin will open, revealing her as she holds the West Wing key. Stake her and take the key. 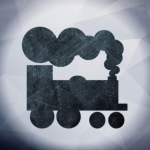